What’s on in Jindera 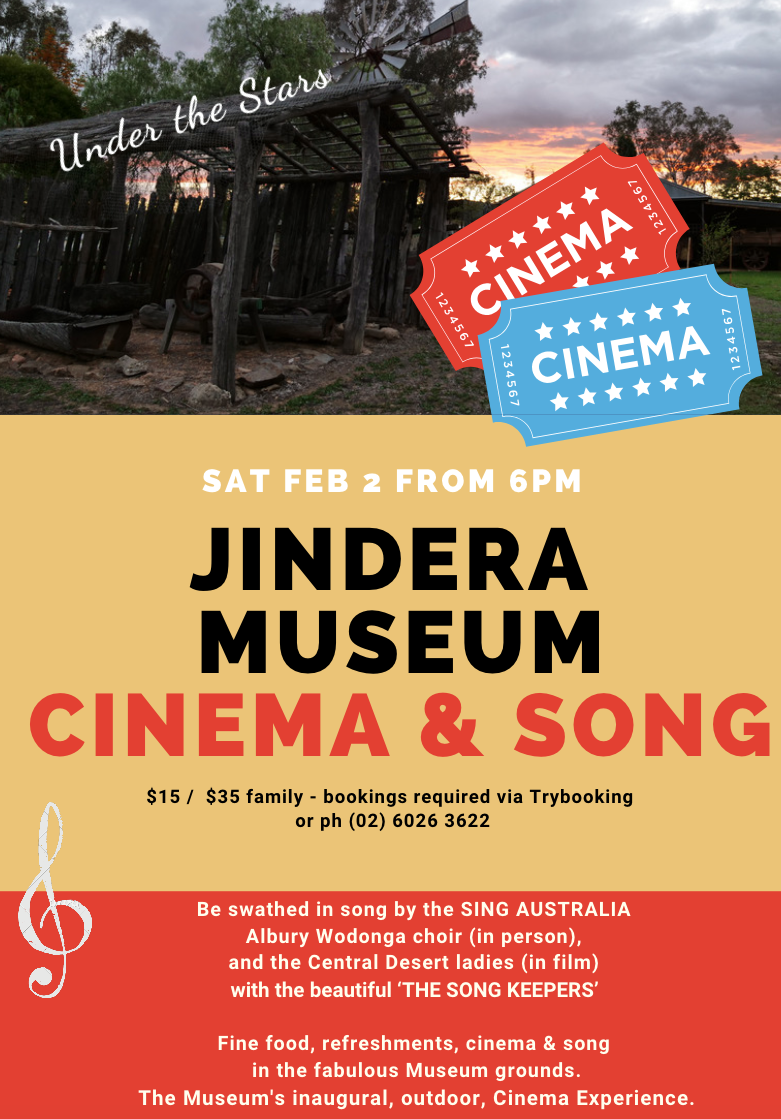 Australia’s answer to The Buena Vista Social Club, The Song Keepers tells the inspiring story of an Aboriginal women’s choir and their first tour of Germany.

In the churches of remote Central Australia, a 140-year musical legacy of ancient Aboriginal languages, German sacred hymns and baroque music is being preserved by four generations of women that make up the Central Australian Aboriginal Women’s Choir. With their charismatic conductor, the choir embarks on an historical tour of Germany, to take back the baroque hymns brought to their great grandparents by German Lutherans but in their own Western Arrarnta and Pitjantjatjara languages. Together these remarkable women take their music and stories of cultural survival, identity and cross-cultural collaboration to the world.

The Song Keepers is a charming, heart-warming, funny and inspiring Film. It’s a story about dreaming big, against the odds. Ultimately, it’s a surprising film that marries Central Desert Aboriginal culture with mainstream white German music and history. The resulting mix is culturally rich and offers fascinating insights.